Please Rewind Tape Before Returning To Your Video Store 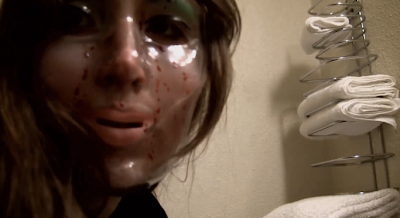 Ah, the anthology film. An uneven beast by its very nature. V/H/S, not surprisingly, is as inconsistent as its multi-director forefathers. It's also a member of the much maligned 'found footage' genre, although with a few small tricks up its sleeve. It has been greeted with both excitement (the saviour of horror!) and vitriol (Worst. Film. Ever.). The truth, as ever, lies somewhere in between.

More! »
Posted by thecynicalgamer at 2:09 PM No comments: Links to this post

After a series of high-profile acting mega-flops, Ben Affleck proudly emerged as a director of smart and well-crafted Hollywood thrillers with the pretty great Gone Baby Gone and the pretty good The Town. Finally abandoning his beloved Boston, Argo is not necessarily a radical departure for Affleck, but it is still a work on a grander and more ambitious scale than his previous work. While there's no doubt it's still a superior, engaging political thriller, there's also something a tad underwhelming about Argo on the whole.

More! »
Posted by thecynicalgamer at 12:12 AM No comments: Links to this post

Beasts of the Southern Wild

Where the wild things are? 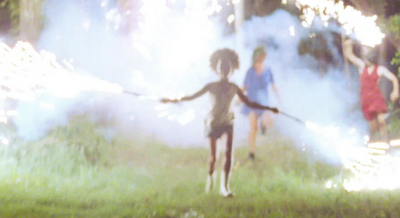 "Once there was a Hushpuppy, and she lived with her daddy in the Bathtub"

Beasts of the Southern Wild is best approached as a fairy tale, albeit one deeply rooted in contemporary social contexts. As a fantastical fable, the film often radiates with vivid, emotive energy, and occasionally allows you to forget the fact that you're watching what is often an amalgamation of familiar ideas and influences.

More! »
Posted by thecynicalgamer at 7:13 PM No comments: Links to this post

An End of Innocence

And so it is as it was written: Lenny Abrahamson has become the director laureate of Irish cinema.

More! »
Posted by thecynicalgamer at 9:25 PM No comments: Links to this post 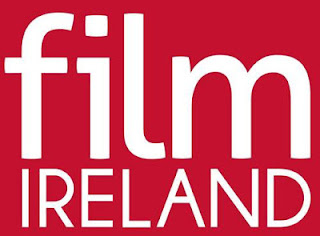 While I am still fully committed to updating this blog with random musings people might accidentally read when googling comedy films or torrent sites, I have also started contributing occasional reviews to Film Ireland website. Mostly, it's nice to get published on a site of such good repute and to get access to glorious, glorious press screenings. It also means that I occasionally get to see films I would never have actually paid to see in the cinema, and praise / harshly critique them accordingly. I never wanted to see Resident Evil: Retribution, but I had such fun writing a scathing review afterwards that it was totally worth suffering through it in three frickin' dimensions.

More! »
Posted by thecynicalgamer at 2:49 AM No comments: Links to this post

There are two words I hate using and hearing when I talk about film: perfectly serviceable words that I have an unreasonable aversion to mostly because they've been so grossly misused over the years. The first word is 'boring', which I have regularly seen (ab)used as a shallow replacement for actual criticism. It's often a valid complain, no doubt about it - how often have all our senses been dulled by a particularly uninspiring film? - but I'm often frustrated when it's the only reason people give for not liking a film, instantly killing any possible discussion. The second word is 'pretentious', which I dislike for similar reasons. Many films are so full of themselves that it's worth commenting on, but again I've seen so many interesting films dismissed with a lazy mention of the 'p' word that I try to avoid using it wherever possible. I'm going to break my own rule today, though, because Liberal Arts is pretentious. It's also kinda boring.

More! »
Posted by thecynicalgamer at 7:17 PM No comments: Links to this post

And now... a word from our sponsors 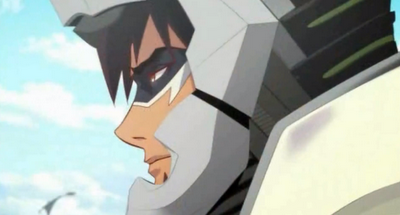 One of the (many) quirks of the anime industry is the way they handle theatrical upgrades of popular franchises. While series do frequently received brand new big screen sequels, an equally common trend is condensing a full seasons into a feature length recap. The central narrative of the recent twenty-six episode Persona 4: The Animation, for example, was crushed into 90 minutes for theatrical consumption. The aim is to attract a few new fans who may go onto purchase overpriced Blu-Rays, or simply to grab a few extra yen from existing fans. Tiger & Bunny: The Beginning doesn't indulge in quite the most radical of shortenings, but it does rehash the opening episodes of its year-old televisual predecessor. For newbies (guilty as charged) it's a gentle introduction to the world and characters. For fans, the creators have been decent enough to draw some new stuff to ensure it's slightly more than HD deja-vu.

More! »
Posted by thecynicalgamer at 10:10 PM No comments: Links to this post

Killing Them Softly / The Tall Man

A Tale of Two Subtexts

I've been meaning to review these two film, which at first glance appear to be unsuitable bedfellows. But they share curious commonalities that justify this double review. They're both the third features from acclaimed directors: Killing Them Softly sees Andrew Dominik returning to the director's chair after 2007's Assassination of Jesse James..., while The Tall Man is Pascal Laugier feverishly anticipated follow-up to cult favourite Martyrs. They're both deceptively generic films that play hard and loose with formula and expectations. They both attempt to layer their respective narratives with contemporary social commentary. And they're both disappointing, although to varying degrees.

More! »
Posted by thecynicalgamer at 11:09 PM No comments: Links to this post 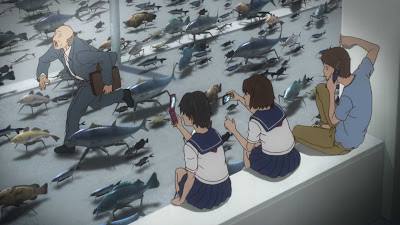 [Warning: While great efforts have been taken to avoid it, the author cannot guarantee this review will be free from fish-related puns. I apologise in advance for any distress caused]

More! »
Posted by thecynicalgamer at 12:10 AM No comments: Links to this post