Opinion: The Rise and Fall of Mainstream Comedy

Send in the Clowns. 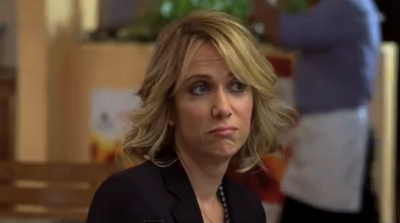 So, Bridesmaids. Or as the frothing critical reaction might have you believe, the film not even sliced bread has anything on. Rarely has a mainstream comedy received such ecstatic reviews. On metacritics, there's a single 'negative' review, six 'mixed' and thirty-two 'positive'. It's fair to say Bridesmaids has fared extremely well commercially and critically. And don't get me wrong, I kinda enjoyed it too. Kirsten Wigg is a fantastically charismatic comedienne (makes a change in Hollywood's merry brigade of unfunny funny people), and I'll be honest I chuckled more than I usually do at films of its ilk. But I also think Bridesmaids is indicative of many of the characteristics that are holding big budget comedy back these days.

Bridesmaids, you see, is 125 minutes long. While a certain percentage of that simply brings the lulz, an awfully large amount of those minutes are spent on 'plot'. At first, it's endearingly unsentimental in its approach - typical wedding related schmaltziness is smartly lampooned. And our protagonist Annie is subject to a surprisingly heavy level of misfortune as the plot progresses - it's as if she hits bottom, and the bottom caves in and reveals even more humiliating depths. This I liked - humiliation is the subject of many a great comedy. What I didn't like was the final half hour when everything plays out exactly how you expect it too. I hear you yelling 'but Bridesmaids isn't aimed at you, the cynical anti-social blogger! It's aimed at an undemanding mainstream audience!'. Firstly, no need to shout, we're all friends here! Secondly, that undemanding mainstream audience are idiots and best ignored.

Bridesmaids is far from the first recent comedy to suffer from generic and overlong third act syndrome. Judd Apatow produced and directed films have a ludicrous fondness for it, and one that has worn thinner as time marches onwards. With the 40 Year Old Virgin, the stapled on rom-com actually kind of worked and didn't totally bog down the film. With Knocked Up there were plenty of laughs but also began to show signs of bloat with a tedious focus on 'relationships'. By Funny People (candidate for the most ironic title of all time given the profoundly unamusing content), the laughs were completely buried in a mundane, poorly written and largely predictable narrative. Anything he has produced follows a similar path, and they're far from alone (disclaimer: I will always quietly respect Apatow and Paul Feig for giving us Freaks & Geeks, no matter what they shit out).

In short, Hollywood comedy has completely forgotten how to lose the plot. Only the most finely honed of comedy dramas can carry a meaty plot along with the lulz. Most just aim for irreverence, and with great success. But to get financing it almost seems as if comedies are forced to add a dodgy romantic subplot to appeals to this supposed 'target market'. I don't doubt they exist, but are they truly that demanding of a happy ending no matter how ill-fitting it seems? After all, the best comedies often focus on surprises and subversions - the unpredictability and randomness of the Big Lebowski or Burn After Reading, the twisting of well-established expectations in Airplane! or Blazing Saddles. Where are the unexpected laughs when you know exactly how the film is going to turn out? 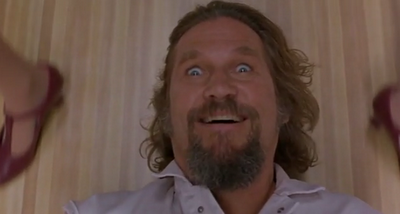 I'll take Hall Pass as another example of they're doing it wrong. Personally, I didn't find it funny, but that's subjective (and the variations in senses of humour significantly complicate this argument - apologies it's taken four paragraphs to make that vital point). But structurally, it's a disaster. Characters exist merely to forward the plot as opposed to their inherent comic value. So you have the put upon wife just waiting for the inevitable last minute reconciliation, the (Australian, in this case) young, attractive temptress who's present to provide our protagonist with the insight required to further the plot, the wacky best friend and many more stilted, lazy archetypes. All this from the two guys who were once amongst the finest purveyors of immature yet hilarious nonsense? Similar formula can be applied to other examples such as Role Models or I Love You, Man, although both examples are certainly more amusing than Hall Pass. Laughs seem a secondary concern, shoehorned into a crowd-pleasing plot rather than t'other way around.

Indeed, in many cases building a basic plot around chuckles in post-production can be a good idea - Anchorman or This is Spinal Tap are two shining lights; films where a ramshackle, unobtrusive plot doesn't need to get in the way and merely propels the laughs forward. This can go the other way too - Family Guy's lazy formula is a painful example of what happens when 'random' humour is allowed to dominate - but in general laughs and a plot need to gel well together, depending on what the style dictates. It's what separates 'good' Simpsons from 'bad' Simpsons. In comedy, making the audience laugh should always be the primary concern. Giving into lazy genre excesses isn't the way to achieve this. A comedy descending into cheap sentimentality is forgetting the core concerns of the film in the first place. The Hangover - a film I'm again not particularly fond of: maybe I'm just a humourless git - at least built the jokes around the core concept of a monster bender. The plot and the jokes felt like they fit together - shame the jokes weren't always that funny, and it's a formula that already seems stale given the negative critical and audience reaction to the overly similar sequel. 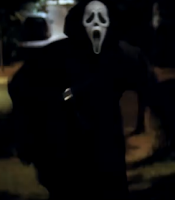 It's also worth noting that the holy art of satire is close to dead in the water these days. The works of Mel Brooks / Zucker, Abrams and Zucker were regularly hit & miss, but at least they had the good sense to rigidly lampoon their chosen genres. Then along came Scream, cinema's great meta-satire - a joyfully self-aware slasher film that ripped the piss out of its influences as regularly as it embraced them. Unfortunately, a group of individuals believed that this clever approach was too subtle, and I think everyone will agree that Scream is far from subtle. The result was the stillbirth known as Scary Movie: a movie that has since spawned the most horrid collective of non-comedies in many a decade. Date Movie, Meet the Spartans and Vampires Suck to name but a few; films that mistook cheap pop culture references for parody. It's a problem that has penetrated even the early works of Dreamworks animation (most notably the Shrek sequels and Shark Tale). Timeless genres are no longer the subject of comedic scrutiny - instead, it's poorly delivered 'gags' lamely satirising cultural artifacts that are already out of date by the time the films pollute our screens.

Finally, of course, it seems fitting to mention 'the big one', the biggest blotch on the comedy circuit: many comedians these days just aren't funny. Adam Sandler, the Wayans Brothers, Rob Schneider, Jonah Hill, Kevin James and many others are deplorable funnymen. The occasionally funny likes of Will Ferrell, Steve Carrell, Jim Carrey and Ben Stiller consistently prove themselves as one trick ponies, simply copying their initially likable zaniness to increasingly diminishing returns (most of them, curiously, proving more capable dramatic actors). Others like Paul Rudd, Seth Rogen, Michael Cera and Kirsten Wigg are definitely far more bearable, but tend to be more charismatic 'straight guys and gals'. They are there to ground laughs rather than provide them a lot of the time. It's a shame the people around them aren't always so talented. Even people like Ricky Gervais and Simon Pegg - individuals responsible for some of television and independent cinema's finest contemporary comedies - have failed to transition to make the transition to Hollywood, becoming more annoying than funny. Maybe it's just those darn studio executives who have shitty senses of humour.

There has always been bad comedy - the British sex-comedies of the sixties and sixties, to pick one overflowing sub-genre. Yet there has always been good to. These days, one must examine the fringes of the comedic scene to track down the gems. It's stuff like In The Loop (making political comedy and swearing funny again) or Four Lions (from television's contemporary satirical master Chris Morris) that are providing hearty laughs to those who stumble upon them. Wes Anderson also provides plenty of laughs alongside drama, and Shaun of the Dead shows that affectionate genre satire isn't dead. These are, alas, rarities. The much more frequent and visible Judd Apatow films are at least preferable to more Adam Sandler vehicles (Jack and Jill looks beyond horrendous), but they're still often forgetting to focus on the laughs.

Comedy isn't dead, but looking at multiplexes it often seems as if it is.
Posted by thecynicalgamer at 11:41 PM