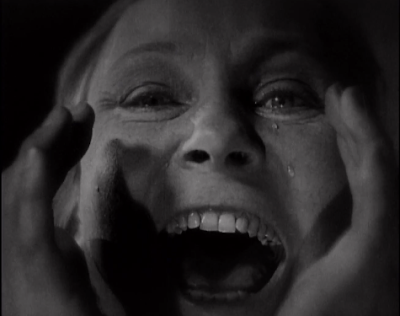 I am no big fan of 'best of' lists for any number of reasons, but Sight & Sound's decennial (word of the day!) Greatest Films poll is more intriguing than most. With responses from more than 850 film writers, critics and professionals, the detailed survey has the unique ability to be able to analyse and present a list of films that have been and remain particularly influential in the discourse surrounding cinema. More interestingly still, a poll of 300+ directors further suggests the films that have most inspired the auteurs of today, and therefore the works that have most significantly influenced the great contemporary filmmakers.

It's almost an exercise in futility trying to analyse and critique such a list, but this decade's offering throws up some fascinating developments. The biggest shock: for the first time since 1962, Citizen Kane has been overthrown by Vertigo on the critics' list. Another notable 'upset' is old-reliable Battleship Potemkin disappearing down to number eleven. But perhaps it's futile to therefore consider Vertigo the new 'best film evar' (although it is an extremely wonderful piece of cinema). Top the list it may have, but the fifty films presented would almost be better presented without numbers. Instead, we have ten (fifty in expanded form) films that have made the cinema a richer place, and their prestige is their existence on the list rather than individual placements.

We, of course, can individually quibble with the ordering - I personally would have placed Tokyo Story, Sunrise, Potemkin, 2001, Ugetsu, Rashomon and Persona, amongst many others, higher than either Kane or Vertigo - but it's pointless. Given the once a decade approach of the S&S's ballot, however, it's always fascinating to see which films prove enduringly popular with a huge amount of cinephiles. These are the films that have particularly influenced the way we as a whole talk about and watch film: that we cannot deny.

The directors' list makes for a fascinating counterpoint. While the upper echelons of the critics' list show a notable absence of modern films (even perennial favourites The Godfather 1 + 2 have been relegated considerably downward, due to new voting rules that deny respondents a single vote for the duo, hence splitting support), the directors' show themselves much more influenced by contemporary voices. Scorcese, Coppolla and Tarkovsky account for almost half the poll. While these are hardly 'modern' anymore, the directors' of today are certainly more embracing of post-1960s cinema than the critics and academics. On a personal note, I'm delighted to see the transcendent Tokyo Story sitting on the top spot - there are few more deserving films.


Sight & Sound are promising to release the full data set in the coming weeks, so it should prove fascinating to explore the choices of individuals and try to analyse any trends. As is, the basic 2012 list is a curious one, with Sight & Sound's ongoing cinephilic survey uniquely positioned as it celebrates its seventh decade of polling. It's perhaps futile to attempt to attach any great meaning to it, but seeing how the perceptions of great cinema have altered since the 1950s makes this one of the few 'best of' lists worth paying any attention to. In a world of the unreliable IMDB Top 250 and Empire's uneven populist polls, to see true cinema-lovers and filmmakers reflect on the best cinema has to offer is a treat that rolls around but once a decade.


I leave you with the two BFI top tens, plus one of my own. Not that they asked me to participate or anything. Maybe in 2022.

The expanded, 50 film list from S&S can be found here: http://www.bfi.org.uk/news/50-greatest-films-all-time

What the Film Ha Ha Top Ten (in no particular order) might have been had the BFI been considerate enough to ask
Tokyo Story
Persona
The Life of O-Haru
Sunset Boulevard
Rashomon
Sunrise: A Song of Two Humans
Eternal Sunshine of the Spotless Mind
My Neighbour Totoro
Stalker
2001: A Space Odyssey


Posted by thecynicalgamer at 10:18 PM