This article is part of a year-long feature - watching and blogging about twenty acclaimed, cult, challenging and rare films over the course of 2013. The full list of films (and links to other completed posts) can be found here. This is the end: Erich von Stroheim's epic tale of Greed. 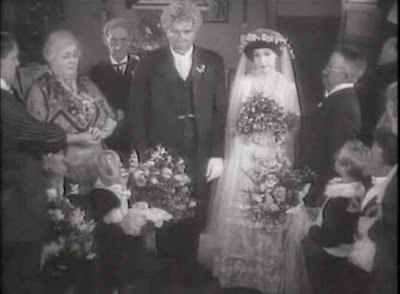 Greed, perhaps more than any other production in cinema history, is almost destined to be always defined by its incompleteness. Barring a miracle (and, in terms of silent film, we can't forget miracles have happened - such as the unexpected recovery of seemingly lost versions of Metropolis and Passion of Joan of Arc), the complete version of von Stroheim's astonishing achievement is almost definitely lost. The 'true' length is open to debate - some of the very few viewers lucky enough to see an early version suggested a running time just shy of ten hours, although that was likely a rough or assembly cut that would surely have been edited down before release. Nonetheless, even with a tough edit, Greed was certainly meant to be many times longer than the 140 minute version released into cinemas in 1924. von Stroheim vocally expressed his disapproval of the final version, his vision undoubtedly cut to shreds by an old rival who unluckily gained last minute control over the film's release by MGM.

Watching Greed ninety years after release is a singularly strange experience, especially knowing the back story. What we have, and what has become the most widely circulated version of the film, is a so-called 'reconstructed' version. It is, to say the least, a compromise. Just over half the film consists of the commercially released Greed, while the rest of the four hour running time consists of vintage still photos used fill in excised scenes, including entire subplots and characters. Intertitles - which von Stroheim was not a fan of - are also used liberally to fill in the blanks, of which there are many.

It's rather shocking looking at the content cut out. The almost complete loss of two major subplots - the tragic story of two desperate peddlers and the touching romance of two elderly tenants (well, former tenants from around the intermission onwards) of main character McTeague (Gibson Gowland) - are the most obvious omissions, some of these characters barely appearing in 'moving' images at all. These are the scenes that add great nuance to Greed, acting as fascinating comparisons and contrasts to the plight of dentist McTeague and his equally lucky / unlucky new wife Trina (Zazu Pitts). This is first and foremost a tale of fate, the corrupting power of wealth and the inevitable nature of human beings, and these two side narratives significantly enhance the core tragedy of McTeague. It's not just these subplots though: big chunks of that core story are also missing, including some of the film's key setpieces (an important brawl, for example, marking a turning point in one of the film's key relationships) and dramatic junctures. Frankly, it's a slight miracle that any nuances survive at all - such as the way von Stroheim visually links the main characters with animals, most notably a pair of pet canaries and the greedy cat willing to pounce on them at any given opportunity.

So the reconstruction is imperfect then, a very odd way of watching what is generally regarded as one of the most brilliant and influential films ever made. But thankfully we have it, and the greatest praise on the people who put it together. It's not von Stroheim's director's cut, but it gives us some idea of the scale, scope and success of this incredibly epic production. For a film that, even incomplete, runs for four hours, it is impressively pacy, featuring a rich (and novelistic - which isn't surprising, given its a literary adaptations) narrative, vast thematic depths and mesmerisingly convicted characters. The Greek tragedy comparisons aren't far off the mark - these are people caught up in forces outside their control, but also struggling to do the right thing themselves. von Stroheim, shooting entirely on location, pioneers all the while, particularly through smart use of young techniques such as deep focus and montage editing. The film therefore achieves a naturalism and rhythm that differentiates it from so many of its contemporaries.

As you can tell by the 'tragedy' label, things don't go smoothly, and only the aforementioned elderly couple are granted something of a happy ending. The actual ending is, of course, one of the film's most iconic sequences - McTeague and his one-time best friend / now bitter rival Marcus (Jean Hersholt) stranded in the middle of Death Valley, handcuffed to each other and without water or means of escape. It's not just the characters that are physically exhausted, but also the actors thanks to von Stroheim's infamous insistence of spending two months on location in unbearable heat to shoot the scenes as he wanted to.

The resulting sequence is genuinely mesmerising - one of the darkest, most poetic moments in silent cinema history, or indeed cinema itself. And it's all drenched in yellow. With many earlier scenes featuring hand-tinted yellow elements - most often used to emphasise gold or money - how cinematically powerful that these two people, driven near insane by their money lust, effectively drown in a sea of intense, debilitating gold. Many other of Greed's most effective scenes might not have survived, but let's be thankful this one, and many others, have.
Posted by thecynicalgamer at 3:10 PM