PART ONE: BEST FILMS OF THE YEAR

Yes, it's that time of the year again: every blogger, critic and their respective mothers are conjuring up lists of films they were fond of during a meaningless period of time! And who am I to deviate from tradition? No-one, that's who! So let's kick off the annual reflections with a list of Film Ha Ha's nineteen (yes, nineteen!) favored films of the year. I'm not really a fan of numbers, so I'm ordering them alphabetically. Chaos needs order, after all.

A brief note: due to various eccentricities involving Irish release dates, a number of films that were technically released in 2010 only reached us in early 2011 (see: Black Swan, True Grit). There are also a number of features due out here on the 26th of December - namely Mission:Impossible Ghost Protocol and The Girl with the Dragon Tattoo - that are certainly contenders. I'll edit this post appropriately if I fall deeply in love with either. Also, some critical darlings - including Martha Marcy May Marlene and The Artist - have yet to enjoy a release here, so their absence is unfortunately unavoidable. 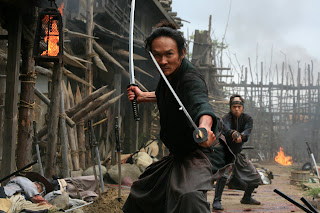 13 Assassins - I've always been a fan of Takeshi Miike's eccentric film-making style, so I'll admit to a bit of trepidation when I heard he'd gone conservative (it's telling of the man's reputation that a film opening with some gutwrenching harakiri can be considered 'mild'). No need to fear - 13 Assassins instantly catapulted itself into the higher echelons of the samurai genre. It may not be the most original or innovative film Miike has ever made, but it's impossible to complain when we're presented with the longest, most exhilarating action sequence of recent times.

Attack the Block - Out-performing the Hollywood guys at their own game, Joe Cornish's feature debut is an old-fashioned monster flick with effective contemporary twists. Having a cast of largely unlikeable urban thugs was a risky gamble, but pays dividends thanks to a clever yet surprisingly straight script. In a year when Hollywood repeatedly jumped the shark with over-egged CGI monster designs, the neon aliens here are a much more memorable, iconic presence.

Black Swan - Melodramtic, surreal, sexy: Black Swan could have been a disaster. But with Darren Aronofsky's caring hand, it's hypnotic. As meaningless as the Oscars are, Natalie Portman is the rare talent who deserves every accolade bestowed on her.

Cold Fish - Sion Sono had another fascinating release in 2011 with Guilty of Romance. But it was Cold Fish that hit like a brick shithouse. Excessively violent, self-indulgent and overlong: but under Sono's direction the black comedy and satire shine brightly. Add to that a dominating performance from Denden as the film's psychotic antagonist and frequent narrative curveballs: you're left with a brutally entertaining film that's quite unlike any serial killer film you've seen before.

Cold Weather - Aaron Katz moves up in budget and ambition with this delightful mumblecore detective story. It's a strange, warm and funny film following the exploits of some bumbling twenty-somethings getting involved in an increasingly absurd mystery. I personally found it endlessly endearing, but it all depends on your tolerance for all things mumblecore.

Confessions - Not content to have his Korean neighbours have the last word on revenge, director Tetsyua Nakashima's story of a teacher pushed over the edge is a whole new take on a well-worn genre. The film's greatest narrative innovation is to have the first act of the film play out entirely in monologue and flashback. It's a decision that makes the shocks that follow all the more powerful. 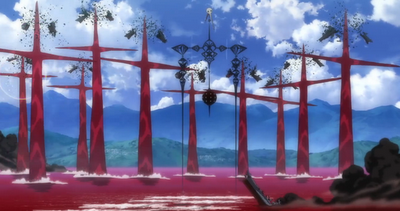 Evangelion 2.22: You Can (Not) Advance - I'm kind of cheating here: if Film Ha Ha had have existed in 2010, Evangelion 2.0 would have made the list too. But for a second year running, and an overdue official Western release, I was absolutely floored by Hideki Anno's animated opus. There's an argument that the Rebuild has yet to reach the giddy heights of the (hugely underappreciated) End of Evangelion. But 2.22 is a wonderful experience on its own terms - genuinely improving upon the TV series while pulling off a few jawdropping new tricks in the process. Tsubasa wo Kudasai will never sound the same again, and Evangelion 3.0 is easily the film I'm most excited for in 2012. Transformers 3 threatened to make giant robots embarrassing forever - Evangelion is the perfect retort.

I Saw the Devil - You'd be forgiven for thinking South Korea had the last word on revenge films some time ago with the Vengeance Trilogy. But those mad bastards are back for more. Jee-woon Kim's explosive thriller is another ingenious genre deconstruction from the current king of ingenious genre deconstructions. Speedily reaching the end-point most revenge films spend hours getting to, I Saw the Devil continues on for another electrifying hour and a half. Come for the thoughtful reflections on the nature of the vengeance; stay for the awesome action sequences and this year's most entertaining game of cat-and-mouse.

Kill List - I didn't know what to expect when I went in, and still couldn't quite articulate my opinion when I emerged. It doesn't matter - what is certain is that Kill List was a breath of fresh air. While British independent cinema constantly tries to out-kitchen-sink itself, Ben Wheatley's stylish, terrifying film couldn't feel any more invigorating. The Wicker Man by way of David Lynch, Kill List defies easy classification but emerges as one of this year's most distinctive, potentially brilliant movies. 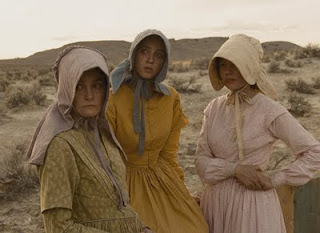 Meek's Cutoff - I'm docking imaginary points for the questionable decision to shoot in 4:3 aspect ratio, but despite the squared visuals Meek's Cutoff is a superb addition to the Western canon. Kelly Reichardt continues on her quest to create cinematic poetry, and her sense of pace and tone makes her one of America's most promising, unique directors. And has night ever seemed so dark and as menacing as it does here? An exhausting and intense endurance test for the audience and the characters: and I mean that in the nicest possible way.

Outrage - Kitano goes Yakuza again, and the results are predictably endearing. Tongue-in-cheek throughout, Outrage is a constantly entertaining movie that shows one of Japan's finest living directors back in his most comfortable territory. It's no Hana-Bi, and there's a weirdly uncomfortable subplot involving a foreign ambassador, but Outrage is one of Beat Takeshi's most memorable productions in quite some time.

Poetry - Rarely has a synopsis - old Korean lady attends poetry classes - filled me with such dread. And rarely have my expectations been so pleasantly shredded. With a mesmerising lead performance from Joeng-hie Yun, we can only hope Poetry's understated beauty can help the fantastic Lee Chang-Dong enjoy the global appreciation and popularity he deserves.

A Separation - Perfect is a strong word, but perhaps not strong enough for A Separation. Critical consensus has been entirely justified - this is electrifying cinema. A portrait of two families in crisis in modern Iran, this is surely the most masterly paced film of the year. Shocking and heartbreaking in equal measure, this is a movie that encapsulates the contradictions of an entire country while also providing constant emotional payoffs. The final shot is one of cinema's most beautiful, emotive endings: where visuals say more than words ever could. 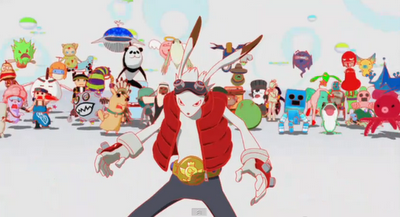 Summer Wars - Like Eva, 2011 was technically my second viewing of Summer Wars. But it was the Blu-Ray release that allowed me to truly appreciate Mamoru Hosoda's brilliant contradiction. A mix of the Matrix, Tokyo Story, The Social Network and some random rom-com shouldn't work. But against the odds it does, and ultimately the conflicting tones are what win you over to this charming and unique little gem.

Super - I like my comedy as dark as possible, and James Gunn once again proves himself as one of America's most reliable purveyors of demented laughs. Probing disturbing depths Kick Ass was too terrified of, Super is as good a superhero parody as we're going to get. Everytime you laugh, Gunn punishes you with an act of extreme violence that forces you to reconsider your relationship with the characters on screen. Special mention to Ellen Page, who plays against type here to surprising effect.

Tabloid - It's Errol Morris, so this was pretty much guaranteed to be one of the year's best documentaries. What one may not have expected was such a pulpy, occasionally breezy tone. But while it certainly works as entertainment, Morris' masterful touch ensures there is plenty of thematic depth, contemporary commentary and emotional resonance alongside the sex scandals.

Tinker Tailor Soldier Spy - The best Cold War film the Cold War never made, Thomas Alfredson brings le Carré's spy classic vividly to life. The atmosphere is impossible to fault, but it's the cast that makes this an adaptation for the ages. From Gary Oldman to Tom Hardy via Colin Firth and John Hurt, this is easily the year's finest ensemble. 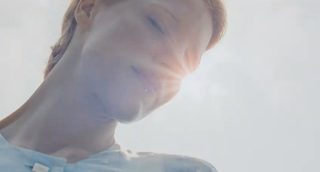 The Tree of Life - While I'm of the opinion that a critical hysteria led to some serious hyperbole, there's no denying that Terence Malick has created this year's most majestic, individual film. We can't ignore the flaws (it's overstuffed, and I certainly don't buy into the Christian ideology) but they're easy to forgive as we're led on a glorious cinematic voyage through time and space. It's a flawed masterpiece, and one that cements Malick's reputation as one of cinema's most distinguished, brilliant auteurs.

True Grit - They've homaged it countless times, so it's about time the Coen's made a Western. While the results are less idiosyncratic that one may have expected (or hoped), True Grit is instead a traditional, exciting and emotional Western to rank up there with the best of 'em. In the young Hailee Steinfeld Joel and Ethan have found a star, and the Coen regulars - from Jeff Bridges to Carter Burwell (with his moving, hymn-inspired score) - all perform admirably. And with Roger Deakins behind the camera, the Wild West has never looked quite so wonderful.
Posted by thecynicalgamer at 9:59 PM