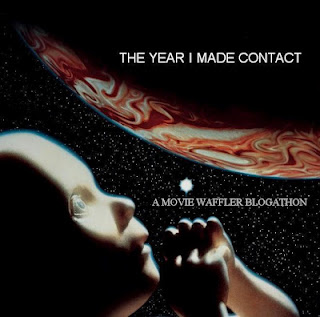 I wish I was born in 1988. This would have been a much easier list to compile. Heck, it nearly could have been dominated by anime alone - Akira, Grave of the Fireflies and (one of my favourite films of all time) My Neighbour Totoro. But it was not to be, as I am a child of the comparatively less influential year of 1987. This list was therefore ever so slightly tricky to compile. But, ultimately, like pretty much every year, the year of my birth still had plenty of wonderful films, even if I wasn't directly aware of it until I scoured wikipedia looking for release dates.

So: here are some cinematic highlights from the year of 1987. 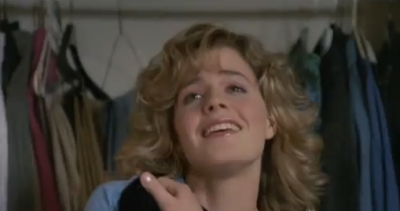 To begin with: a curveball. I have no idea how well Adventures in Babysitting has aged - I can only imagine poorly. But it was a VHS that, for whatever reason, was a mainstay in our house when I was a wee lad of six or seven. It's particularly strange because the film is rated 15s here in Ireland, and we were never allowed watch 15s. Adventures in Babysitting was an exception, and therefore a handful of scenes - 'And Then He Kissed Me', "Your friend is dead!", the Mighty Thor - are burned into my consciousness for eternity. Any attempt to view the film again could only dilute this nostaglia by likely proving that the film is a load of arse. I am unwilling to take that risk. 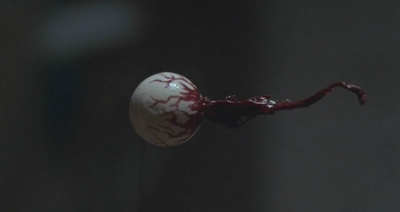 I am one of those weirdos who think Evil Dead 1 is a superior film than its more eccentric successor: it's creepier, more provocative and still blackly comic. Sam Raimi's Evil Dead II, for all its flights of insanity, seems a little more restricted by its bigger budget. Yet it is still one of the most imaginative, tonally ambitious sequels of all time. Filled with bizarre stop motion creations and inventively eccentric cinematography (the scene where Ash flies through trees is a doozy), Evil Dead II is one of America's most outlandish black comedies, and all the better for it.

Plus, it has someone getting a projectile eye in the mouth! 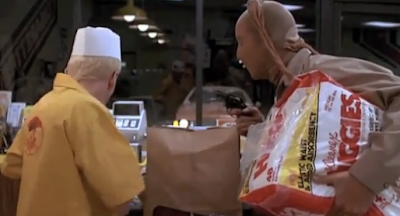 Following up from the gritty Blood Simple was never going to be an easy task. So the Coen Brothers go as different as humanly possible with this zany slapstick comedy. While partially showing its age these days, the naff 1980s hairstyles cannot disguise the plethora of wit and energy (all the camera movement!) on display in Raising Arizona. A farce for the ages, Raising Arizona is very much a production of the Brothers Coen, and while its rarely cited in the upper pantheon of their filmography, it's a delight from beginning to end. And, unlike some of the Coen's more nihilistic / cynical works, it has a real heart.

It's also heavily responsible for giving the world Nicholas Cage. Take from that what you will. 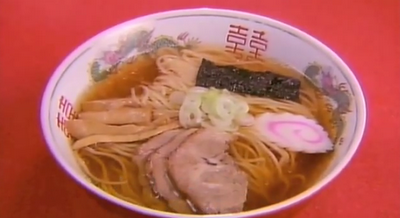 I'm cheating here, so you'll have to forgive me. But while its production year was 1985, 1987 was the year Tampopo was released in the West (if it makes Roger Ebert's end of year list, it sure as hell can make mine!). A giddily subversive and playful comedy, this is pretty much food pornography from beginning to end. As a long time aficionado of Japanese food, particularly ramen, this celebratory look at the culinary culture of the country is basically ramen smut. Delicious, delicious smut. Aside from making you very hungry indeed, the film also provides lots of offbeat laughs. A certain scene with an egg is particularly... interesting. A real gem.

Make sure you're near a Japanese restaurant before viewing! 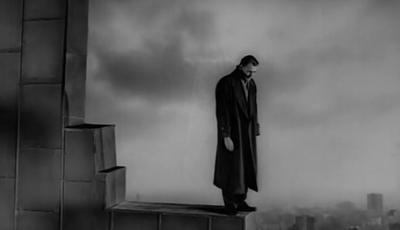 This couldn't really have been anything else. Wim Wenders dreamy, spiritual journey through Berlin is the undisputed masterpiece of 1987. Its episodic structure and multiple voiceovers take a while to adjust to, but it emerges as a cinematic triumph, especially the latter half that more directly focuses on newly-mortal angel Bruno Ganz. Full of great scenes - from Peter Falk's brilliantly post-modern turn as himself, through to the climactic Nick Cave and the Bad Seeds performance. But mostly this is a film about a city, and like other notable 'city' films - Manhattan, Lost in Translation and Paris, je t'aime - this is as much a love letter to Berlin as it is anything else (and a valuable historical documentation of the last days of the East / West Berlin divide).

A beautiful, timeless film.
Posted by thecynicalgamer at 12:38 PM