Death of A Superhero / Rise of the Guardians 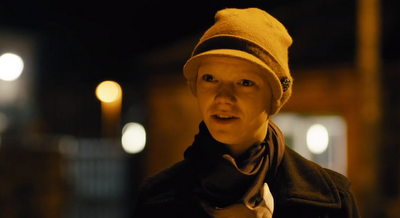 Shameless shill mode: two new reviews for Film Ireland website published today. Click onwards if you want to read more than these cynically teasing extracts! Or don't. Whatever. (am I doing this right?)


Death of A Superhero, a solid if unspectacular Irish / German co-production about a teenage comic enthusiast fighting a battle with cancer. Featuring Andy Serkis for some reason!

It may be seem like faint praise, but Death of a Superhero is extremely, well, cinematic. It looks great, with director of photography Tom Fährmann consistently capturing compellingly moody images. The film has various animated flourishes in the form of straight comic book sequences, as well as a handful of scenes where Donald imagines his characters breaking through into the real world. These interludes are handled well, and help elaborate on our protagonist’s frame of mind without the need for clunkier storytelling shortcuts. It’s not exactly a subtle film, but it’s mostly thoughtfully directed by Fitzgibbons.

Rise of the Guardians, an animation aimed directly at kids in which various fairytale / seasonal icons team-up under the guidance of the moon. Yep, the moon. Potentially a cheeky religious allegory, if you're cynical about things like that.

Listen, films like Rise of the Guardians put reviewers in an awkward position. This is very much a film aimed directly at a young audience, so it’s a challenge to discuss through more cynical adult eyes. The moral dilemmas, characters, jokes and story will almost certainly engage young audiences. But this isn’t Toy Story. Heck, it isn’t even How to Train Your Dragon. There are few concessions made for parents and guardians. This, I guess, could be considered both a positive and negative.

The visuals offer relatively pleasant eye-candy. One review has already equated the film to ‘a toy box exploding’, which isn’t too far off the mark. It’s so colourful and energetic that even the silly old three-dimensional glasses cannot dim the vibrancy. A sojourn to the Easter Bunny’s multi-coloured layer is a mid-film highlight. Naturally, it can all get too busy, especially during the hyperactive action scenes, but Dreamwork’s rendering farms have mostly been put to good use. Composer-in-demand Alexandre Desplat keeps things buzzing with a suitably frenetic score that probably isn’t as good as his work on The Tree of Life, in case you were wondering.