The Foreign Duck, The Native Duck and God in a Coin Locker 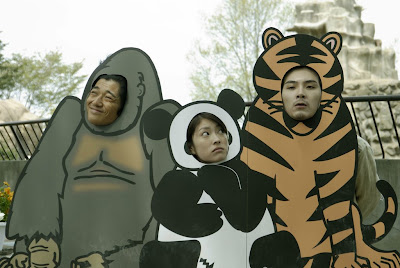 Rashomon's spirit of structural playfulness is alive and well in director Yoshihiro Nakamura's (known for his quirky musical apocalypse comedy Fish Story) eccentric genre-buster The Foreign Duck, The Native Duck and God in a Coin Locker. The enigmatic title doesn't exactly roll off the tongue, but is actually quite an apt one for a film that takes its time revealing the true meaning of initially oblique phrases, incidences and even characters.

Young student Shiina (Gaku Hamada) has moved from Tokyo to Sendai to begin university. The socially-awkward teen soon meets his mysterious and charismatic next door neighbour Kawaksaki (Eita). Initially nervous around Kawakaski, the two soon bond over a mutual fondness for Bob Dylan's Blowin' in the Wind (the one major repeated musical presence on an otherwise subtle soundtrack). It isn't long before the youngster is unenthusiastically drafted in on a scheme to rob a bookshop. Soon Shiina becomes involved with a whole host of unusual characters, including middle-aged bookshop owner Reiko (Nene Ohtsuka). But nothing, inevitably, is as it seems.

The film's early stretches resemble a Coen Brothers style black comedy. The situations are surreal and the characters all varying degrees of odd. It's all pretty amusing in a very strange sort of way. Shiina's naivety in these situations makes him a compelling comic protagonist - indeed, the way he gets entangled accidentally in increasingly elaborate schemes is straight out of The Big Lebowski or Burn After Reading. Darker, more dramatic elements are slowly introduced, though - a character who might have HIV, a reclusive Bhutanese neighbour and a girl called Kotomi (Megumi Seki) who seems to have disappeared.

The film initially settles on straightforward plot progression, occasionally flirting with black & white flashbacks that shed some light on the mysterious characters that populate the film. But eventually the film takes a radical tonal and structural shift. There's less and less comedy, and the film actually delivers some surprisingly raw and emotional revelations. The Foreign Duck... is an elaborate jigsaw puzzle with no guide on the box - its full form doesn't become clear until very near the end. Mysteries are unraveled and sequences that served as light comic relief earlier on are revisited in an entirely different and oftentimes quite sobering context. If the film lied to us earlier by showing scenes that weren't quite as they seemed, the mistruths are justified by characters who were purposefully obscuring information from poor Shiina.

The film also has another major storytelling trick up its sleeve, albeit one hinted at by the title (referring to Japanese ducks that come in two general breeds - native and 'foreign'). Japanese society is infamously weird when it comes to the treatment of gaijin or foreigners. Indeed, you just need to look at the usually farcical portrayal of foreign characters in otherwise intelligent film & anime to see this firsthand. Nakamura tackles this deeply engrained social issue head-on, consistently integrating the mistreatment of the film's non-Japanese characters into the narrative - non-native speakers are treated with casual disdain and distrust, and this ultimately influences a few of the film's more formative dramatic developments. It's a brave thematic focus that nonetheless doesn't overwhelm the story being told. Still it adds admirable depth to the film, and is ultimately a moderately enlightening examination of an oft-ignored issue within the confines of an accessible comedy-drama-mystery (genre tags being a tad redundant here, truth be told).

Two somewhat noteworthy 'problems'. Firstly, like many contemporary Japanese films, the pacing feels a bit slack in the second act as the film's deeper structure begins to unravel. Luckily, the third act payoffs near completely justify some repetitive flashbacks. And secondly - and this is more of a pet peeve than an objective criticism - the film does indulge in what I would call 'the stealth vehicle moment', a frequently utilised but rather cheap narrative trick in which a character or vehicle is 'shockingly' hit by another vehicle coming speeding in from the side of the frame (see also Ghost Town, No Country for Old Men, Final Destination etc...). Baffling why so many filmmakers continue to think this overly familiar shock tactic works (although, in Nakamura's defense, the film was produced in 2007 but is only now in early 2013 receiving its English-language DVD release).

Overall, The Foreign Duck... proves a creative, involving and ultimately artfully poignant film. It may have been a long-time coming, but it's well worth tracking down for anyone looking for an enjoyable mystery that nonetheless offers plenty of structural ambition and thematic depth.

Posted by thecynicalgamer at 3:52 PM