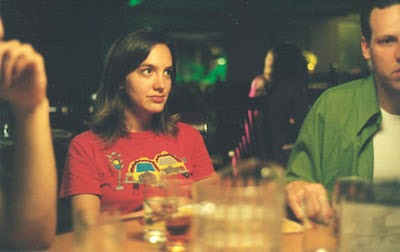 Seinfeld was infamously a self-confessed show about "nothing". That wasn't strictly true, a lot of stuff used to happen in Seinfeld to bring the laughs (and laugh we did!). But the fundamental ideology of Seinfeld was to just be about life, however dull that may seem. So we got half hour episodes about getting lost in car parks, suspicions about non-fat yogurts and other tales of the mundane side of life. Luckily, it was injected with Seinfeld and Larry David's wonderfully obtuse and amusing outlook on said life, taken to a further observational extreme with Curb Your Enthusiasm. Everyday life was under the spotlight, and it was very funny.

Art is supposed to be about life, examining ourselves. It isn't surprising, then, that some film-makers would act upon the lessons of Seinfeld. That's not entirely accurate actually - the likes of John Cassevettes or the New Wave directors significantly predate stories about puffy shirts. Yet for the longest time cinema was about 'stuff', manipulated stories and often set in an exaggerated version of reality. This is what's great about art - the artist can bend the rules to tell their story in an artificial setting. But back in 2002 with Funny Ha Ha, Andrew Bujalski kick started a trend that would focus on, well, very little actually.

Mumblecore is the term that has been thrown around relating to a very loose movement. Movement is even unfair - while there are some formal connections (Bujalski and Mark Duplass, for example, starred in Joe Swanberg's Hannah Takes the Stairs), there was simply a number of film-makers making low to no budget films. Whether it was a purposeful aesthetic movement is up for debate, and something I most certainly disagree with. And the term mumblecore itself is a silly Americanism - despite the mumbling nature of some of the amateur performances, it's a fairly useless term. But for now, with the lack of any more detailed or established descriptor, we'll stick with it.

The defining feature of Funny Ha Ha (the film which, you may have noticed, this blog has 'borrowed' the title of) and the films that the characters just are. It's rare - although not exactly the rule, as we'll see - that anything artificial happens to these people, even though their plights are fictional. They usually just go to work, go home, eat, talk with their friends, go to parties etc... They get on with life, and whatever small - many might say uninteresting - dramas come their way. The protagonist of Mutual Appreciation drifts aimlessly in a new city, getting drunk with the odd bit of casual sex. In Dance Party USA, a group of youths boast about sexual conquests to their friends and only really open up under the influence. What you buy about these people - when there aren't an excessive amount of 'Em...'s or 'like's - is that they feel real. It takes away the excess drama of other cinema to just focus on the worries of teenagers or twenty somethings. It's an even more extreme version of kitchen sink drama, with scaled back visuals and naturalistic, improvised dialogue. 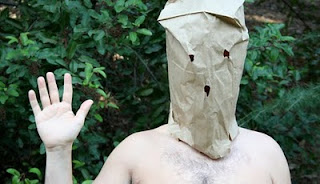 Obviously, the most defining feature is the lack of anything approaching a sizable budget. It doesn't cost much to film the wonderful Kate Dollenmayer (who has been distressingly absent from cinema since her brief cameo in Mutual Appreciation) hanging around an apartment. But mumblecore films aren't entirely just twenty somethings hanging around, chilling. The Duplass Brothers are the ones that have strayed most from the formula. The Puffy Chair was an intense road trip, although the low budget remains. Baghead - many would argue the best film of the lot - is a strange satire of horror films, the trivial concerns of the usual mumblecore protagonists - including delightful mumblecore regular Greta Gerwig - side by side with a playful slasher movie. Similarly, Alex Holdridge's In Search of a Midnight Kiss plays more like a no budget (they had to lie and say they were filming a wedding video to get away using some locations) Woody Allen film. Humpday's a very funny buddy comedy. While mumblecore has often been associated with the almost plotless films of Bujalski and Swanberg, the DIY approach and dramatic stylings have been adapted by directors who have done something a bit different too.

What, perhaps, defines mumblecore as a 'movement' is that a number of film-makers have simply gone out with a camera and a few actors to make films with little to no funding. To me this is one of the most refreshing elements of these films - a real DIY approach sorely lacking from a Weinstein dominated independent American film scene. Here are people just making films for the love. That a number of them have made refreshingly honest, narrativeless movies that are a pleasant break from highly manipulated drama is a plus. While I don't want all - or even most - films to suddenly abandon dramatic license, it's nice that some directors are making films that are about everyday life, however mundane it may seem.

Of course, plenty violently dislike these films, and I can easily see where they're coming from. The concerns of a recent college graduate drifting from temp job to temp job while bemoaning her lack of success in romance isn't the stuff of exciting drama for many. The Duplass Brothers also recently brought mumblecore stylings to the mainstream with Cyrus. I liked it - not their best film, but a refreshingly scaled back comedy minus the childish absurdism that I've grown to loathe in other Jonah Hill vehicles - others hated it, suggesting that a wide audience isn't all that interested in realistic characterisation and less exaggerated comedy. I don't necessarily blame them - many of these films, such as the OK but relatively cold Hannah Takes the Stairs, have left me less than ecstatic too.

For me, though, mumblecore films take the Seinfeld axiom of being about nothing and run with it. These are unique films, defined by a refreshingly amateur approach and scaled back, almost documentary-like narratives. Art can probe the deepest recesses of the human condition through the endless talent of brilliant artists. Yet mumblecore films approach it differently - as if just pointing the camera at, as Barton Fink might say, "the common man". The result are some of the most engaging films about nothing in particular. For me the best are Funny Ha Ha - the first, and still purest IMO, thanks to the instantly likable protagonist - and Aaron Katz's sublime Quiet City, a delightfully back to basics romance. These aren't the most dramatic films you'll ever see, but they're some of the best reflections of contemporary life out there. There'll always be room for the likes of the Social Network, but toning everything back to make it all feel 'real' again has benefited at least a handful of film-makers.

Posted by thecynicalgamer at 2:47 PM